Posted at 05:28h in Event Solutions by arti
0 Likes
Share 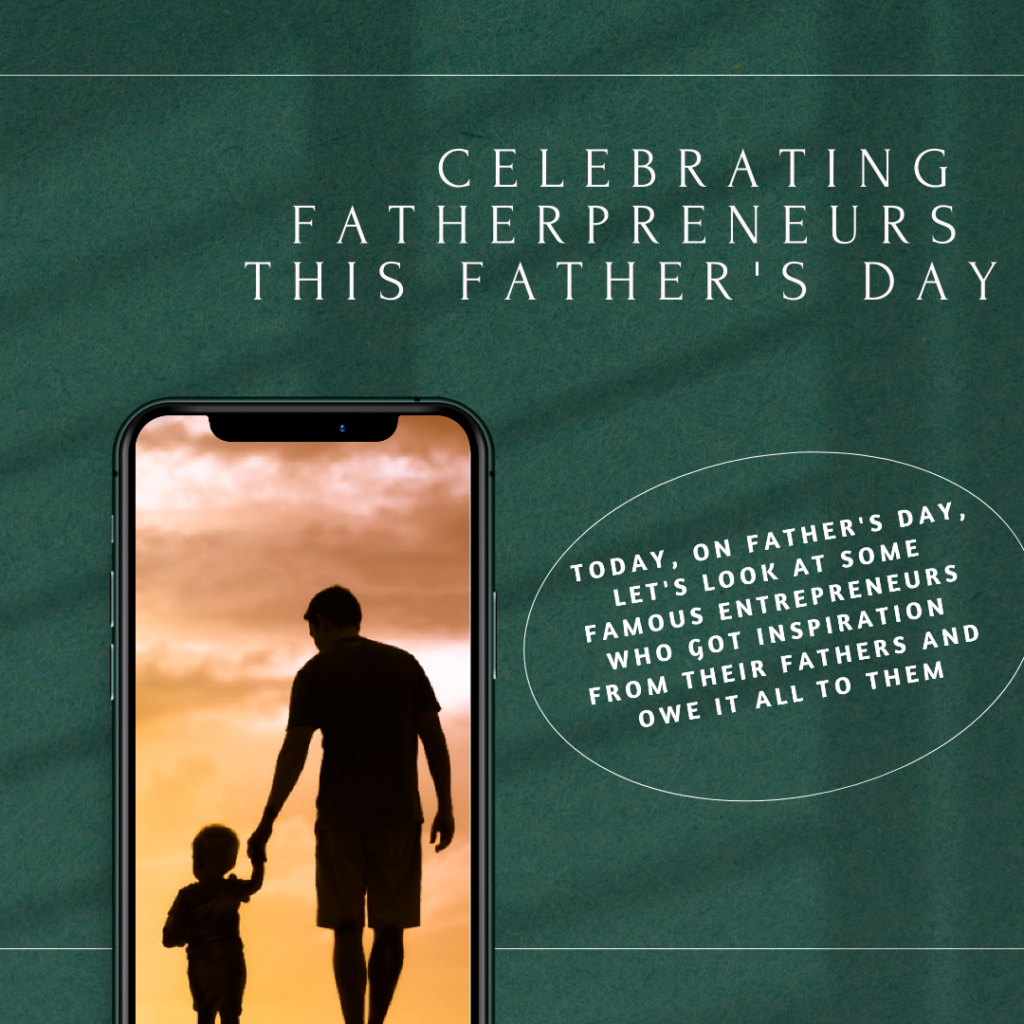 Fathers are undoubtedly an integral part of the family, his love for his children is unmatched. A father is every son’s first hero and every daughter’s first love. The significance of a father in a child’s life is huge.

Fathers, like mothers, are the biggest support in the development of a child’s mental and emotional well- being. In simple words, a child learns from what he observes, explores and listens from his close ones and who else is more close to a child than his own father. Studies have shown that when fathers are affectionate and supportive, it greatly affects a child’s cognitive and social development. It also instills an overall sense of well-being and self confidence. The way a father treats his child will influence what he or she looks for in other people. Friends, lovers and how he/she sees their life, will all be based on how the child perceives the meaning of the relationship with his or her father. Hence, to put it in a sentence, a child learns a lot from his father.

The role a Father plays in a child’s life cannot be filled by any one else. This role can have a large impact on a child and help shape him or her into the person they become. Whether it was their strong work ethics, or the way they saw life or their never give- up attitude or their advice to just believe in yourself, all these affect a person and shape how they see things in life.

Today on Father’s day, let’s look at some great entrepreneurs who got inspired by their dads and owe their success in life to their fathers due to the learning imparted by them.

“As I got older, I came to appreciate my dad’s quiet influence on almost everything I have done in life. In Microsoft’s early years, I turned to him at key moments to seek his legal counsel. My dad also had a profound influence on my drive. When I was a kid, he wasn’t prescriptive or domineering, and yet he never let me coast along at things I was good at, and he always pushed me to try things I hated or didn’t think I could do (swimming and soccer, for example). And he modeled an amazing work ethic. The Bill & Melinda Gates Foundation would not be what it is today without my dad. More than anyone else, he shaped the values of the foundation. He was collaborative, judicious, and serious about learning. He was dignified but hated anything that seemed pretentious.  People who came through the doors of the Gates Foundation felt honored to work with my dad. He saw the best in everyone and made everyone feel special. Finally, my dad had a profoundly positive influence on my most important roles—husband and father. When I am at my best, I know it is because of what I learned from my dad about respecting women, honoring individuality, and guiding children’s choices with love and respect.” – Bill Gates

“One day, while visiting the store with my father, the lady behind the counter questioned my usual spending habits: “Now I don’t want to get him into any trouble, Mr Branson, but I don’t know where young Richard is getting all his money from. He’s becoming my best customer – I hope he isn’t stealing it.” Dad responded by looking her straight in the eyes and declaring, “Madam, how dare you accuse my son of stealing.” When we left the store, he never spoke a word about the incident, but his studied silence for the rest of the day spoke volumes. The way he handled the situation taught me a hugely effective lesson. I learned that the power of the unspoken word can be frighteningly impactful. My Dad’s favourite phrase will always stay with me. Three simple words that summed up his outlook on the world, which I believe everyone can learn from: “Isn’t life wonderful?” –Richard Branson

“The best advice I’ve ever been given is by my father, who told me it took 20 years to build a reputation and 20 minutes to lose it, and if you remember that you’ll do things differently. The best gift I was ever given was to have the father I had when I was born,”  –Warren Buffett

“I came to the US from Russia when I was very young with my father, mother and older brother and we had absolutely nothing. My father worked as a delivery driver at Papa Ginos to support his family and saved enough money to take a computer class at night. He finished the class and started working in computers and worked his way up the corporate ladder. Now a senior engineer at a major security software company, my father has always been my inspiration for the American dream and taught me that I could achieve anything that I wanted. He had to start from scratch in a country whose language he did not speak, while taking care of not only himself but 4 other hungry mouths and still managed to become very successful. It was because of him that I wanted to start my own companies and further proof that anyone can do anything they want if they work hard. “-Polina Raygorodskaya

“My father is my inspiration for becoming an entrepreneur as he raised me to be like him, to try to leave a significant mark in this world. He taught me that we only have one go-round in this life and we should aspire to make a difference, no matter what field of interest I eventually pursued. My father did some amazing things in his life, mostly related to Public Health and establishing the State of Israel. My career has been in filmmaking, then software, and now my own start-up. He supported my career choices and changes, but always held me to the standard, what will you do for others that they will look back at you in appreciation of, just earning a living was never enough. Creating something out of nothing, the definition of a start-up, is the ultimate expression of my father’s life values. This is why, at age 58, I am proud to be a first-time entrepreneur. ” –Seth Cohen

“My father was an exciting man. As I was growing up, I watched him jump from career to career like a student switching from majors. I watched my father become a stock market day-trader, the owner of a gas station, the owner of a framing shop, and the CEO of a courier service. He did it all by himself, without investors or partners. He never failed in his endeavors, he just believed in living a passionate life. I’m following in his footsteps because I want the flexibility and freedom to live as I please. The other day I saw an old newspaper article which had a picture of him as a chemist working for Whirlpool Corp. I didn’t even know about that!” – Kareem Ahmed

“My dad taught me the definition of motivation…that simple. He worked hard, laughed loud, and pursued his passions single-mindedly. My dad taught me to dream big, to play full out and that I could do anything if I put my heart to it. My dad always believed in me – even when I did not believe in myself.”  – Naomi Simson

Owing the success to their fathers, these famous entrepreneurs are living proof of how huge of a role your father plays in your life. His teachings, experiences, learnings, ethics and values shape an individual physically, mentally and emotionally.

Happy Father’s Day to all the Father’s out there.